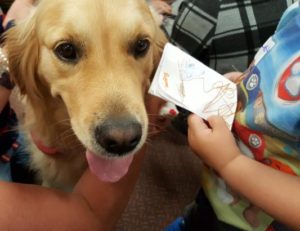 There are over 15,000 looked-after children in Scotland, so there is a desperate need for projects such as Fostering Compassion to provide them and their families with additional support. A child who abuses an animal may well be being abused themselves or mirroring behaviour they have witnessed at home as a ‘pecking order’ develops. This may in turn lead to violence towards humans, possibly escalating into criminal behaviour. This may be costly from both a community, health and well-being perspective, and also a drain on the public purse.

“While those in the care system account for just one per cent of children, a quarter of those in prison were in care as children.” – David Cameron, 2012 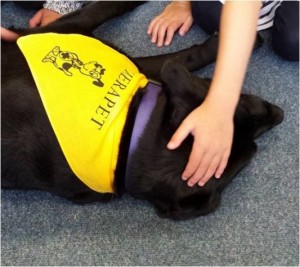 Places in secure accommodation in some cases cost more than £200,000 a year – five times the cost of sending a child to a top private boarding school. (Source: Ministry of Justice, February 2013)

For every £1 invested in the Early Years the gain to society is conservatively estimated as at least £7 return. (Source: The Bedrock Charity, ‘Why the Early Years’)

Only 6% of the NHS budget allocated to mental health is spent on children and young people (Source: http://www.rcpch.ac.uk/news/leaders-make-mental-health-promises-children-and-young-people), and yet the cost of youth crime in Britain has risen to £1.2bn a year.

The Scottish Government acknowledge that foster children, looked-after children and kinship families are some of the most vulnerable children and young people in our society. 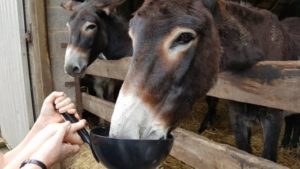 Research points out that the way adolescents care for pets may transfer to the way they will care for their children as adults. Healthy & humane connections between humans & animals are an important element of a community’s well-being.

Only 1% of all looked-after children go on to university compared to 50% of the general population; 46% of young women and 59% of young men leave school without any qualifications. Looked-after children can far too often become needy, disenfranchised and alienated adults. It is widely accepted that they are more likely to need mental health services, go to prison, be homeless, and have their own children removed from them. The cost of wasted potential, of long-term support services including the cost of imprisonment, and of another generation of children in public care is almost beyond comprehension (BAAF and TFN 2005:4). (Source: http://www.gov.scot/Resource/Doc/140731/0034643.pdf) 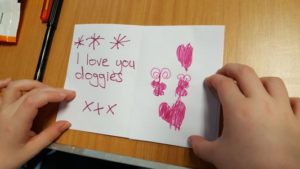 “If children can be helped to overcome the effects of their experiences, they are much more likely to achieve their maximum potential.Short- and long-term outcomes for looked-after children can be enhanced if all those who are responsible can work to support the development of their resilience.”